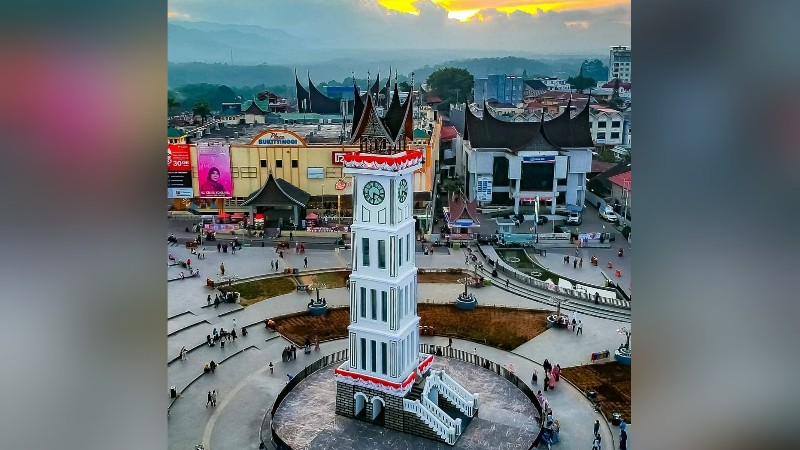 Padang, Prokabar – Let’s go to the second house, unwind, unravel while staring at the thin lay on the mountain cheek. We go to the valleys, down from the noise of life.

This is a small city, only need 3, 5 hours flight from China for example. From Malaysia is just about 55 minutes. Then take a road vehicle from Padang to our second home: Bukittinggi.

This is the city of Bukittinggi, which is held by three mountains, Marapi and Singgalang and Tandikat, although the latter is a bit distant, but still “close.” Therefore, in Bukittinggi, there used to be a state-owned building named Tri Arga, or high peaks . Then the name was changed to the Bung Hatta Palace. The former capital of the Republic of Indonesia, is at an altitude of 900 to 914 masl, therefore the temperature here is always cool. 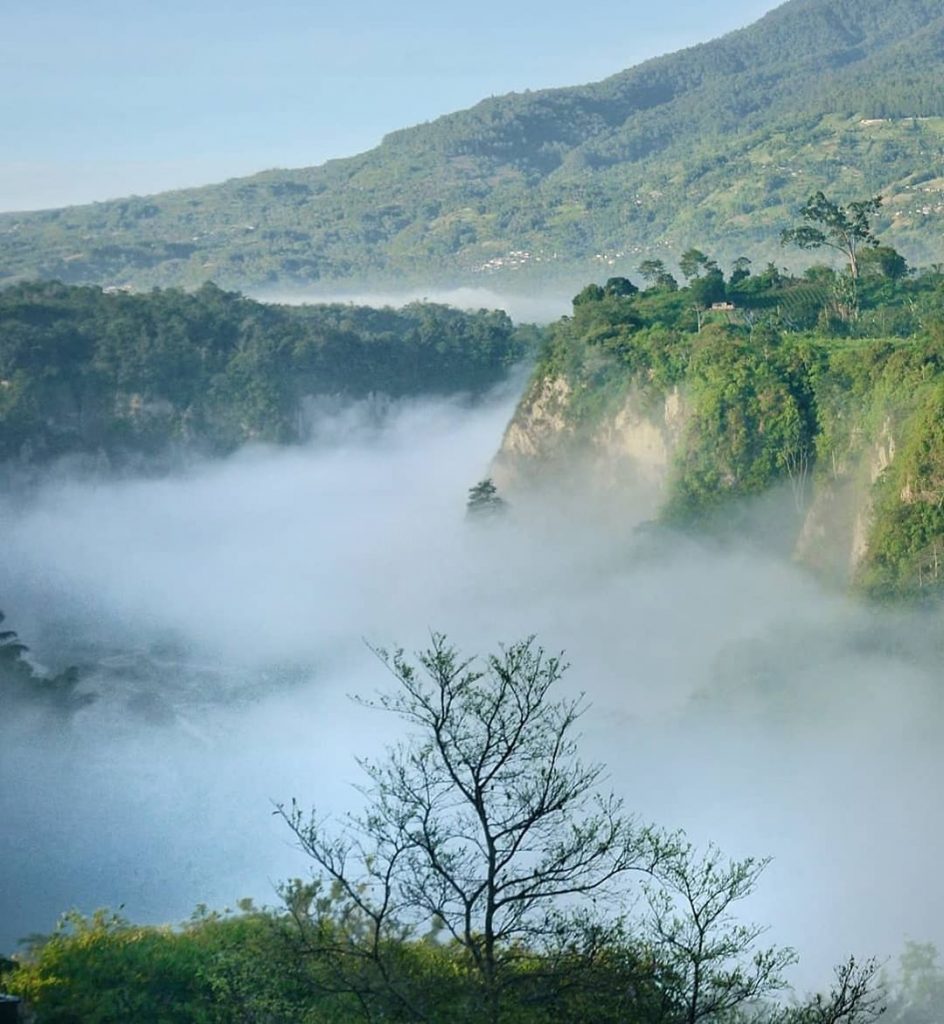 Bukittinggi is a city in the heart of Sumatra, one of the five big islands in the archipelago. On this side of the city, there is a valley called Sianok canyon, whose steep cliffs are perpendicular up to 10 meters or more. It is about 200 meters wide and 15 km long. At the base of the valley there are several villages or villages, which are famous for Nagari Sianok and Lambah. In Sianok used to be a culinary expert at breakfast, whose place is called bofet.

This canyon is guarded by residents of Bukittinggi, Koto Gadang, Sianok Anam Tribe to Palupuah which is close to the culmination point of the sun on the Equator, Bonjol. At the bottom of the valley there is a river to play canoeing with a time of 3.5 hours to Palupuah. This is the only city in Indonesia that has a rating.

If you land at Minangkabau International Airport (BIM), then from there the journey to Bukittinggi will take about two hours. Passing through a valley called Lembah Anai, with a waterfall from Mount Tandikat. This valley, is a nature reserve, with a swift river running at the bottom. You will pass a gap between Marapi and Singgalang, where the latitude of the wind passes between the two mountains. Minangkabau villages will be seen on the road.

Enter Bukittinggi, you’ve arrived at your own home. Indeed this city is like a second home. Arriving at the hotel, then walk, there are many stairs, available down and climbing roads because here there are 17 hills. No need to bring a watch, because in the heart of the city there is the Tower Clock Tower. Made in Holland, the clock is made in Germany, built in 1926. Every hour, the bells sound very close. The Clock Tower is the zero point of the city covering 25 square kilometers.

This city was also called Fort de Kock, after the Dutch general Henderik Merkus de Kock. The general’s name is used for the fortress established by Captain Bouer. Fort de Cock was built in 1825, standing on the top of Jirek hill. Across from him on another hill, there is a zoo. Between the two hills there is an area called Kampong Cino, on top of which extends the Limpapeh Bridge.

Bukittinggi on weekends is crowded with visitors from various provinces in Central Sumatra. If you book a hotel suddenly, jasmine to four stars, you won’t be able to, because this is the best city for tourism in Sumatra. So don’t be surprised, Bukittinggi is also dubbed Parisj van Java, a greeting given by the Netherlands and eternal until now.